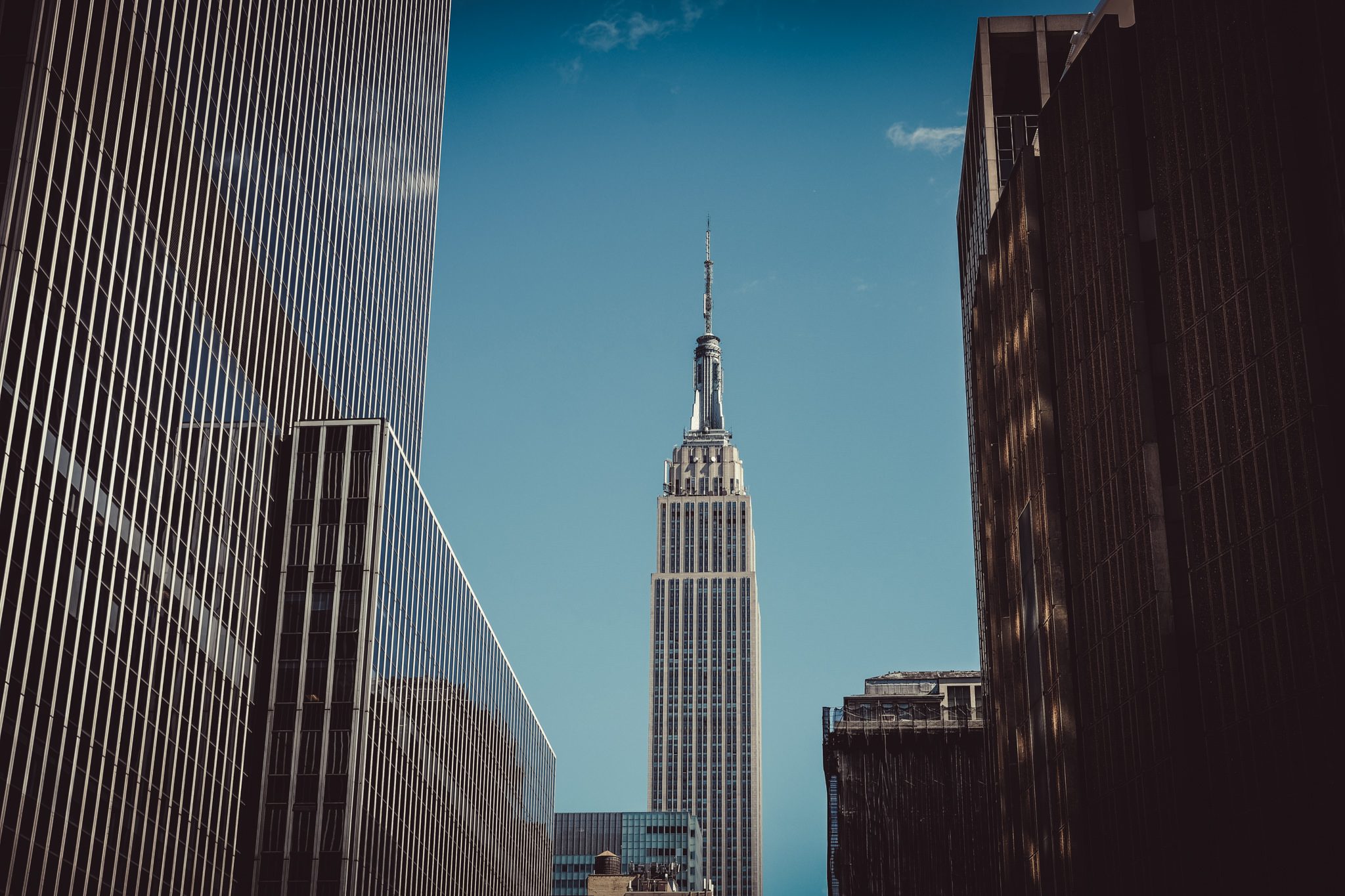 It’s been 19 years for a reason

Traveling to New York is something I do not do very often. It’s a long flight, 6 – 7 hours crammed into an airplane seat in monkey class is not good for your blood cirkulation. It feels like getting locked in a phone booth for a whole day. You can’t do much, and if you try, your movement is so restricted to a degree where you become claustrophobic. 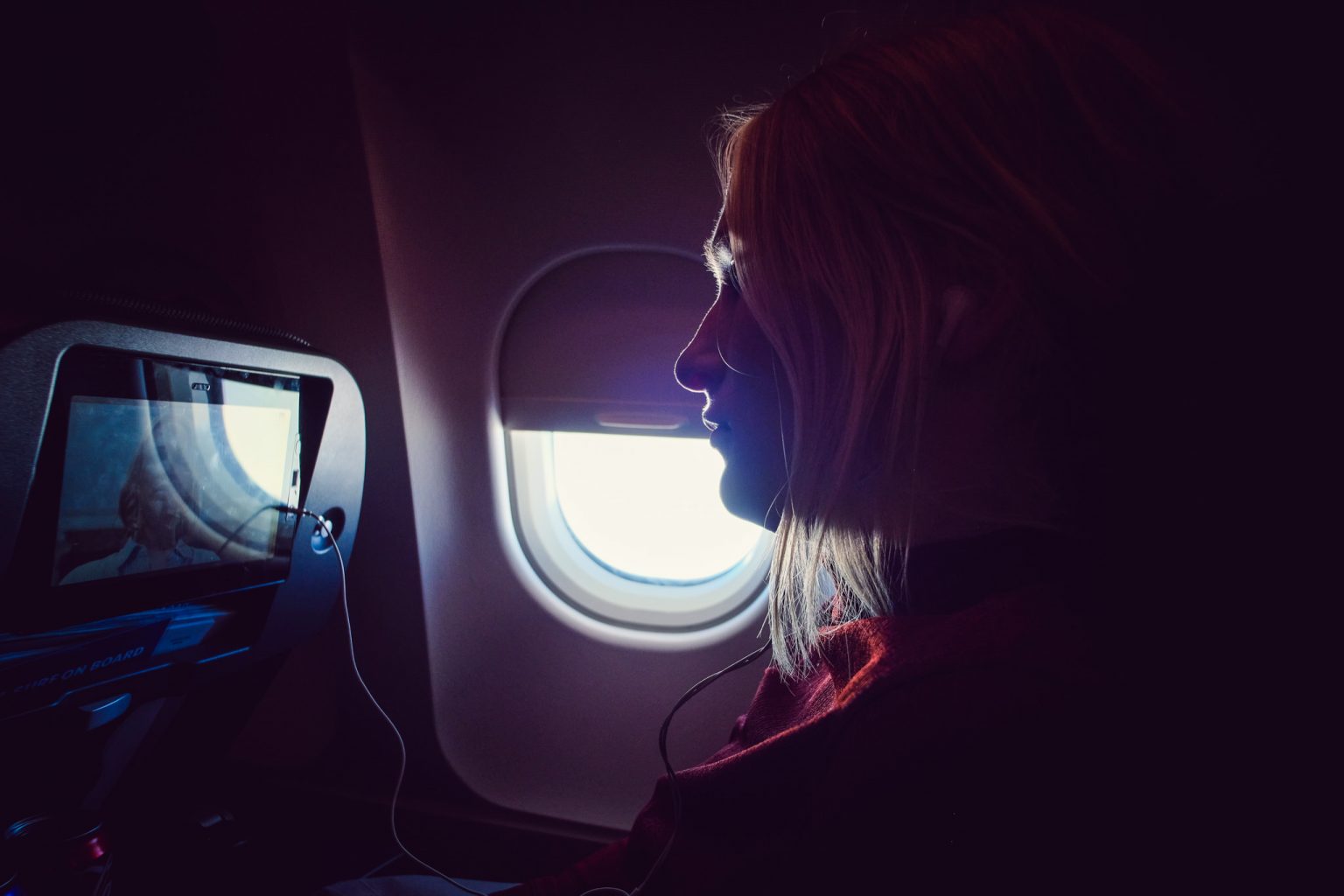 If a single passenger chooses to recline his seat, everybody has to do the same, unless the domino effect is interrupted by that single passenger who likes to rest his teeth on the inflight entertainment system. In theory I could have folded down the table and set up my laptop and started writing. I’m not the biggest guy in the world – and not really fat or anything, so I probably would have been able to put it there, but the display would be tilted towards me, and the trackpad would be pushing against my stomach… It just seemed to much of a hassle and it would be like trying to unfold a collapsable baby stroller in the before mentioned phone booth. So I just surrendered to the entertainment system and passed the time by watching four movies in a row.

Last time I was in New York was in 1997. Apart from the inflight entertainment system upgrade, the flight seemed equally long. When you pass Greenland, you think: “We are almost there!”, until you realise that you are only half way there. That transporter thing from Star Trek would be appreciated if it worked. But… Would you really be you and not just a mindless clone, when you come out on the other side?

The airport security personel aren’t as uptight as they were a few years back. Last time I went to the US, travellers were treated like cattle. I were literally expecting to get poked with a taser while getting screamed at by the incredible rude personel in Florida. The questioning were equally weird and would go like: “Where are you going?” “Naples”, “Why not Miami?”, “Because we booked a hotel in Naples?!”, “What’s wrong with Miami?”, “I don’t know, we decided on Naples?!”, “What are you going to do in Naples?”, “Relax, it’s a vacation!?”, “You could relax in Miami!”… And so it would continue, after answering what your occupation was, if you had enough money, how long you’d stay, if you were there for business or pleasure, what color your underwear was…

Newark was way more relaxed. although you’d still go through the interrogation, it was not as lengthy and much less condescending than in Florida. But nothing compares to 1997, where you could small talk and joke around with the security guys, while waiting in line for passport check. Those days are over. 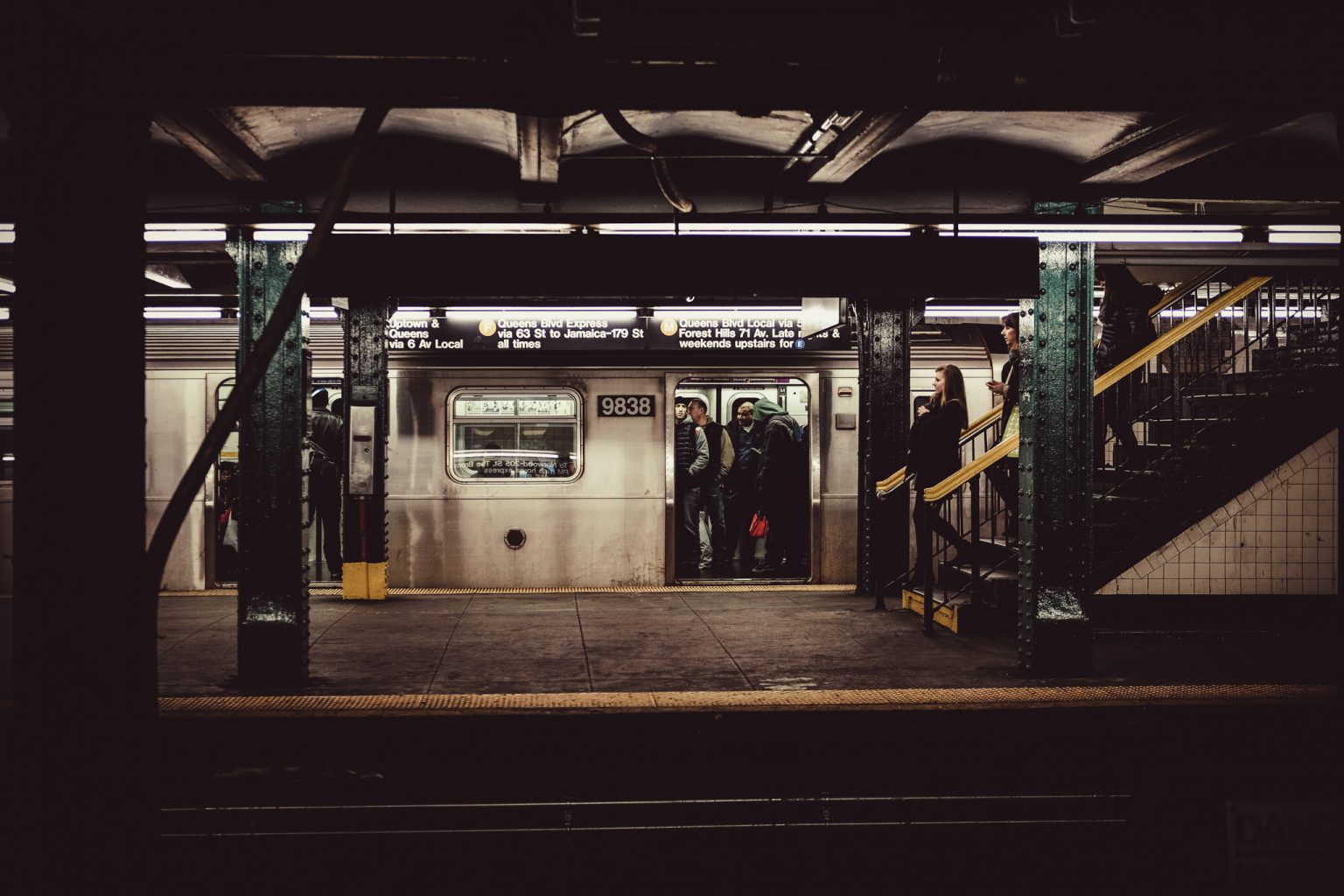 Chinatown has outgrown Little Italy quite a bit. I stumbled on to quite a few “welcome to Chinatown” signs, stretched out across the road. Maybe they put them up as the area grew and forgot all about them later. It seems weird to welcome visitors in the midst of an area.

We had a day with rain, and went into a couple of Chinese stores to buy umbrellas. We had to visit a few before we had any luck spotting something that resembled an umbrella.

The Chinese stores are weird. It seems that everything on the shelves have the same color scheme which is mostly deep red and gold. But I couldn’t figure out what any of the items were. Everything seemed to maybe have some sort of an ornamental purpose, but I wouldn’t know what it was. It was as if an Alien from outer space visited a toaster shop. He could possibly tell the shape and that it was a mechanical device of sorts, but wouldn’t know what it was for. Same thing in the Chinese Hardware Store or Gift Shop or whatever it was.

We could pick between a smaller umbrella that cost “faa dallar!” or a bigger more sturdy version that cost “faa dollar!”. Maybe it was a “faa dollar!” store – I don’t know. But when we had payed, the woman, who spoke very poorly english, she gesticulated, said something completely incomprehensible and pointed towards the back of the store. So I went there and investigated more red and gold stuff that I couldn’t figure out what was.

A few minutes went by, and a Chinese gentleman appeared as out of nothing – from the basement, right back where we were standing before, holding our umbrellas. The only thing in that shop, that had a purpose was hidden away in the basement, where all the useless red and gold shit were on display, on shelves from floor to ceiling with only narrow passages between them.

Chinatown was also the only place in New York where seemingly normal chinese men, would approach you in the middle of the street and tell you something. I for one didn’t understand one bit. It did not sound like mandarin, but more as some sort of intended english with a very heavy chinese accent. I usually have a good ear for language, but this was completely incomprehensible. It happened a few times. I’m not sure if they were dissatisfied with my camera – I can only guess. But looking at these guys, expecting them to try to communicate otherwise, didn’t lead to anything, they just carried on with the same tone and language, utterly uninterested to have a two way communication. so I just went on my way a bit puzzled.

On the street, they sell what you need

Down town, we found out that the street vendors sell stuff according to the weather. If it rains, they walk around chanting: “Umblellah, Umblellah”, and if it’s sunny, cold and windy, it is scarves and sunglasses that is on sale that day. 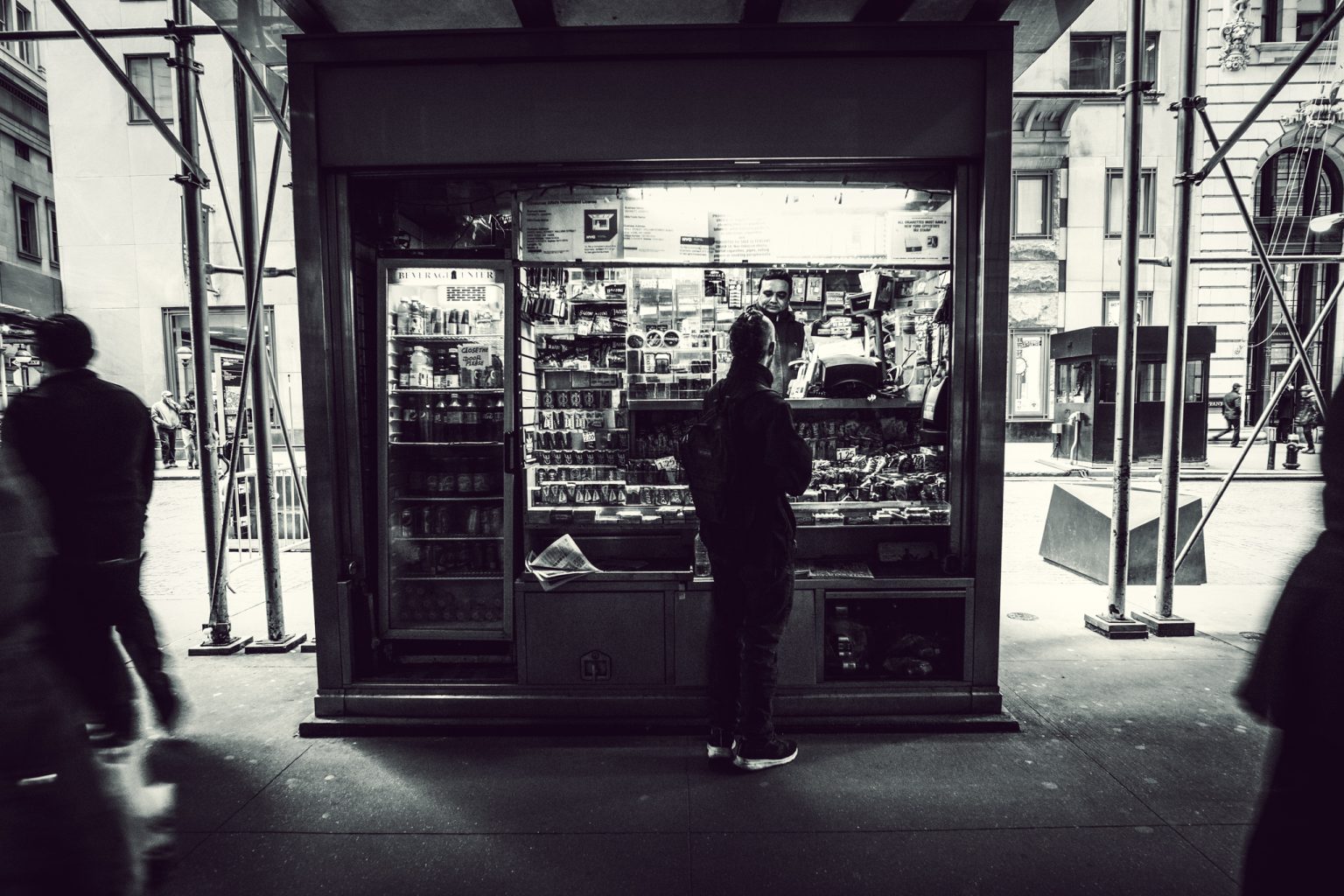 We had rented an apartment in Chinatown. It looked like it did in the pictures. It was a nice place in the midst of noisy Chinatown. But what striked me, was the flimsiness of the decor, doors, locks, doorknobs and what have you. American homes feels quite cardboardish…

It doesn’t give you much confidence to lock yourself inside a restroom behind a cardboard like door, and that tiny little flimsy lock in the center of the doorknob, that unlocks itself when you turn it from the inside. You are not really ever sure, that it is actually locked. This doesn’t really give you the peace of mind and calmness you need for your business in there. I don’t know if I’m particular private in that manner, but I’d like a solid door and a lock that is able to keep a SWAT team from entering the bathroom.

There is also the electrical wall sockets. The european version are two or three cylindrical holes, that can hold any charger you connect. But the american version is two tiny blades, that fall out as easily as you put them in. That is some flimsy stuff right there.

On the other hand, the refrigerators are always a homerun. The americans know how to make refrigerators. They can cool, and there are plenty of space for your 5 ltr water bottles or whatever you like to be cold. European fridges are so environmentally designed, that there isn’t much cooling power and there is not a lot of room for larger containers. A european fridge looks like a minibar compared to its american sibling, much like the cars.

The bad combination of food and incense

Our apartment was located on the 3. floor. The building housed a Chinese restaurant at floor level. So when you entered the building, you were met by a strong odeur of Chinese food, on the first floor, there was a strong smell of incense. And when those mixed at the second floor level, it literally smelled like urine to a degree that made your eyes water. Luckily the smell didn’t climb to the 3. floor, so we only had to hold our breath while climbing 2 stories. 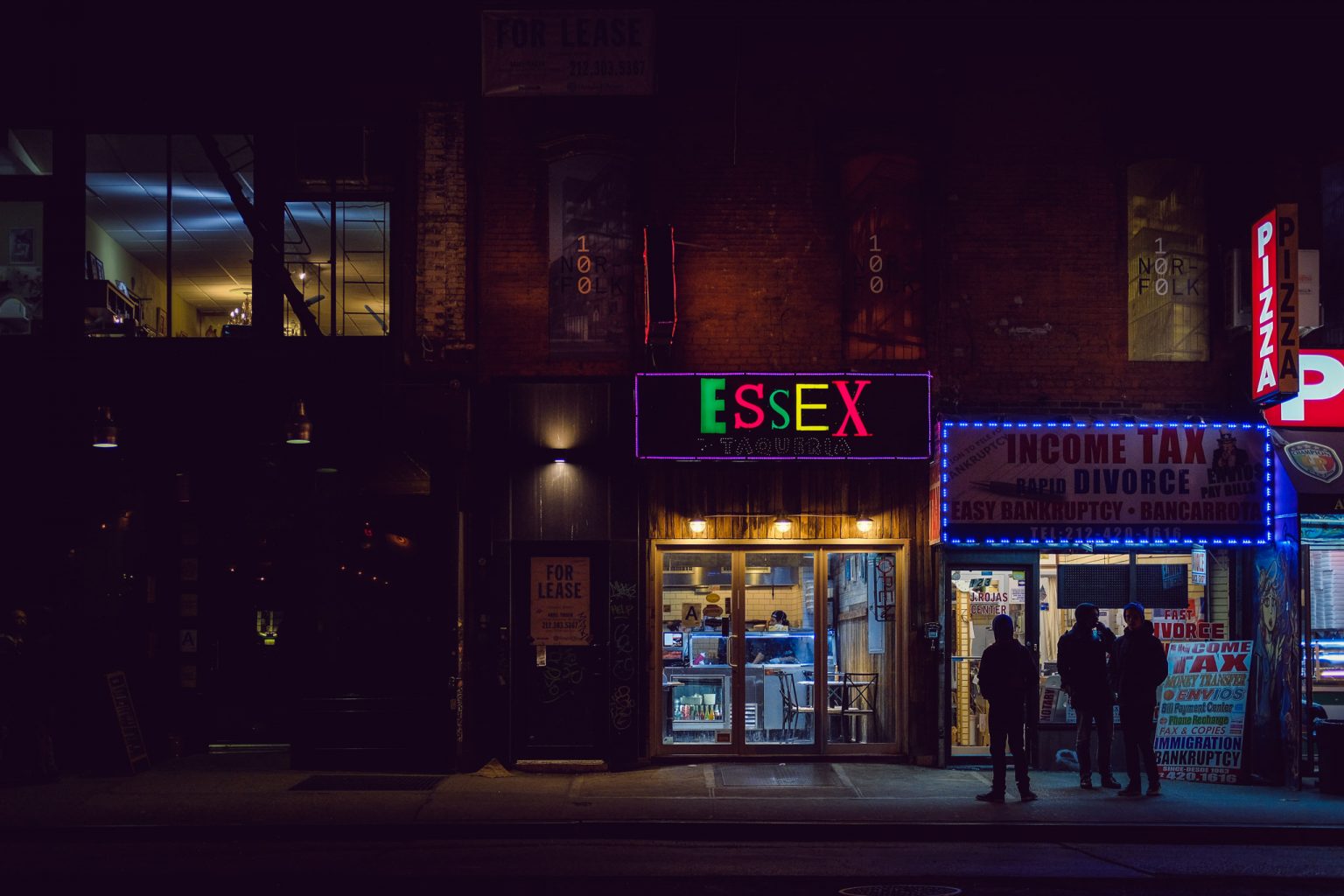 Mostly impressed by the diverse attorney.

Sundown leaves the streets in the dark

You need this in New York. 30USD for the Metro Card and you are good to go. Cash for street merchants and poor people.