The Fujifilm X-Pro2 has gotten dual SD slots and have been moved from the battery compartment to the side. The lid is solid and will stay in shape. Slot number 1 is a UHS II read/write, where slot number 2 is  a regular read/write slot. Fuji didn’t have enough space for two UHSII slots. But don’t worry, the X-Pro2 will read and write to your old cards as well. But if you want the camera to be able to unload from the buffer to the card super fast, you should consider buying UHSII cards. Especially if you want to use the X-Pro2 for video as well as stills. 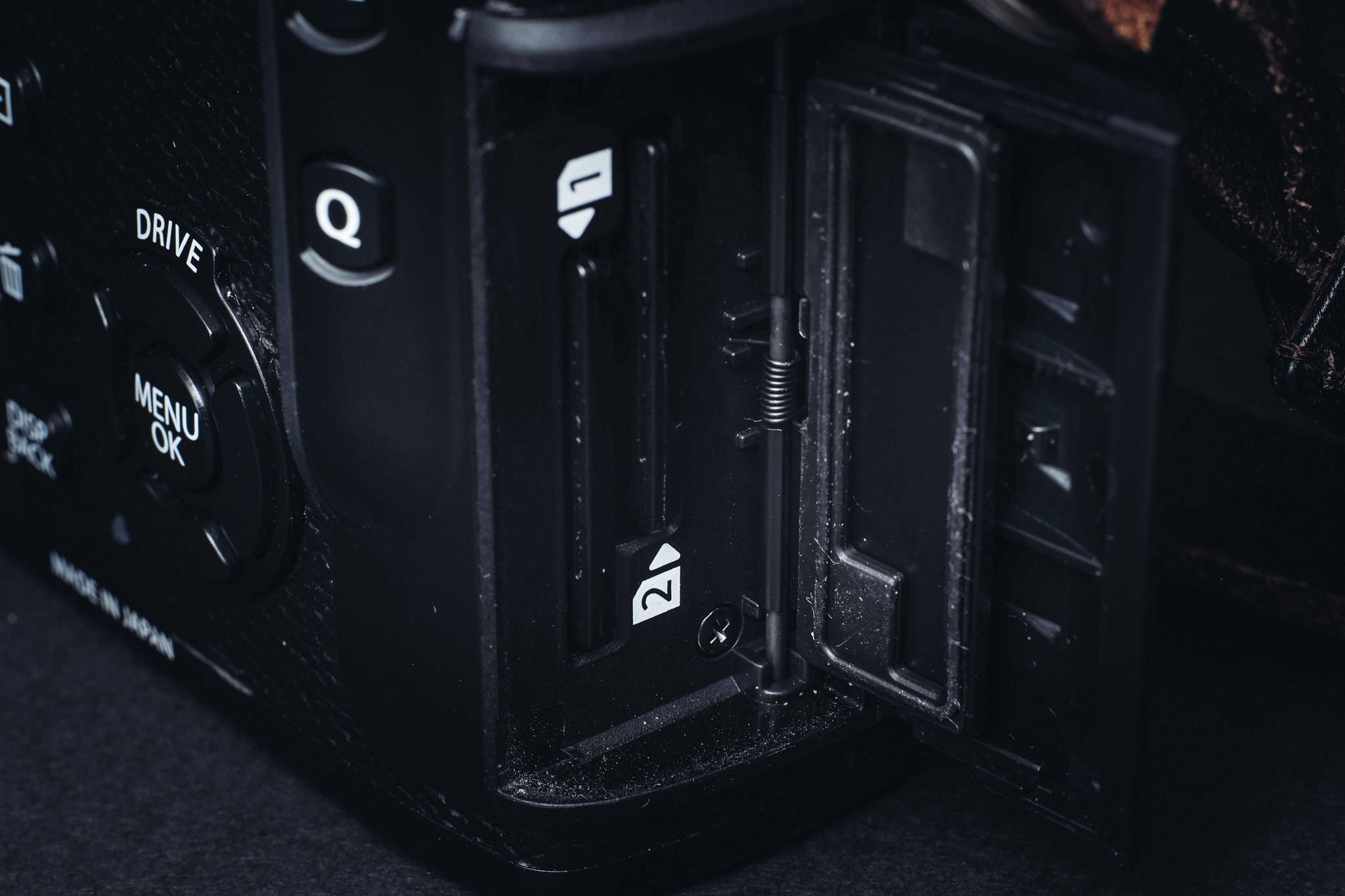 Yes, you have an extra FN button ingeniously hidden in the OVF/EVF lever. By default it is assigned to showing frame lines in the OVF. But you can set it up for anything the X-Pro2 will allow you to. I use it for “Preview Exposure and White balance in manual mode”, because I often go back and forth between using flash and ambient light.

The frame line review is pretty smart though. If you are in doubt of what prime to use in a given situation, you switch the frame lines on and evaluate your framing and pick the prime lens that fits the bill. 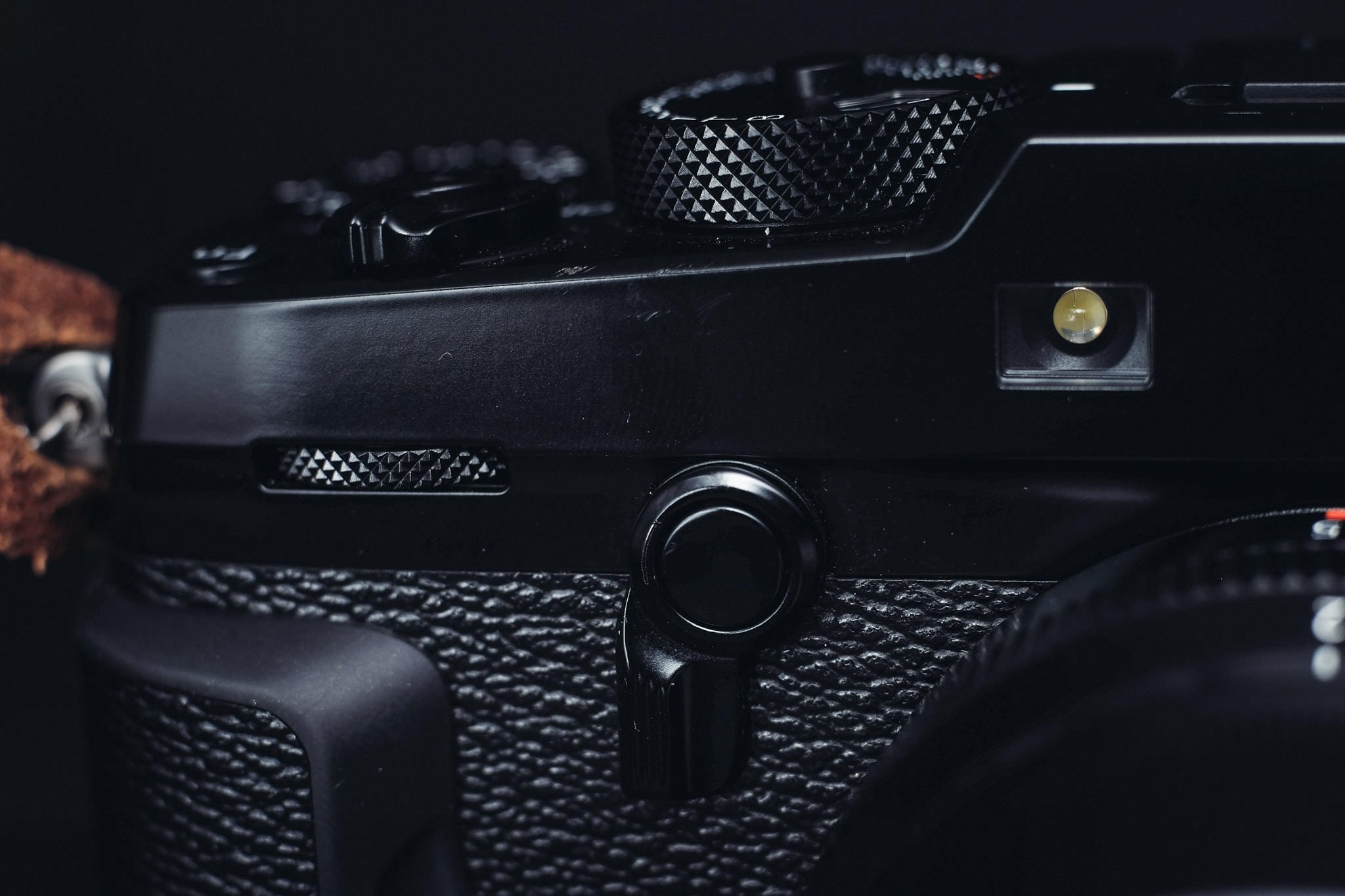 The smartest OVF on any camera

It’s a bold statement, but it is true. Those who knows the OVF from the Fujifilm X100T knows what I’m on about. Apart from having accurate frame lines, that aligns itself depending on how close you focus, you can also add an EVF into the frame. It can show the whole frame or a zoomed view by pushing the data wheel on the back of the camera.

When is a good situation for using OVF?

If you shoot sports, say boxing or dance or any dynamic scene. You’d like to see if you take the picture at exactly the right time. When the boxer connects or the dancer strikes a pose you’d like. If you use the EVF, you know that you might have squeezed the shutter at the right time if you don’t see the pose or the strike. Because cameras go black while it captures light to the sensor. But using the OVF will allow you to watch if the pose or strike lands with the noise of the shutter and you will be able to see if anything or anyone is about to enter the frame, because you have space outside the frame lines. 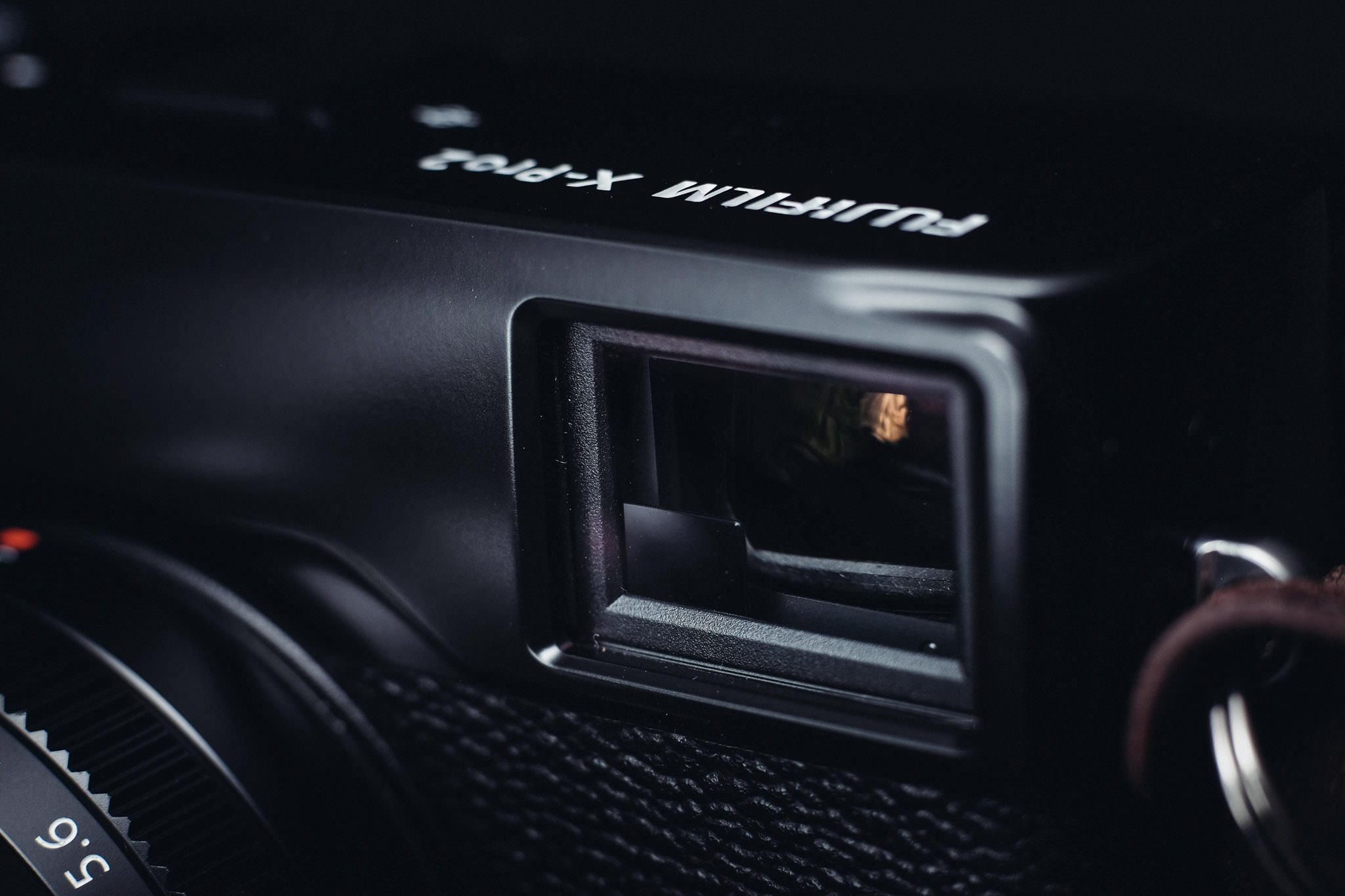 A few knobs do more than it seems

The ISO wheel is inside the Shutter speed dial. Exactly like the old SLR and Rangefinder cameras. I.E. the Minolta CLE. You lift up the outer ring and choose your ISO value. It is pretty neat and makes the X-Pro2 stick to the look of an old camera.

On the old film cameras, you picked the ISO at most at every 36 pictures When changing film. Using a digital camera, you use that way more often. So it will take som getting used to. I have no complaints, it is pretty easy.

The exposure wheel now goes to five. Well it goes to three, and then you will go to the menu to decide what the C position will be. An exposure compensation wheel is very handy when shooting in aperture or shutter speed priority or in auto mode. If you quickly have to adjust for a wrong exposure metering or if you shoot against the light.

I don’t use it much though. I’ve gotten used to the manual mode, where shutter speed and aperture is king. 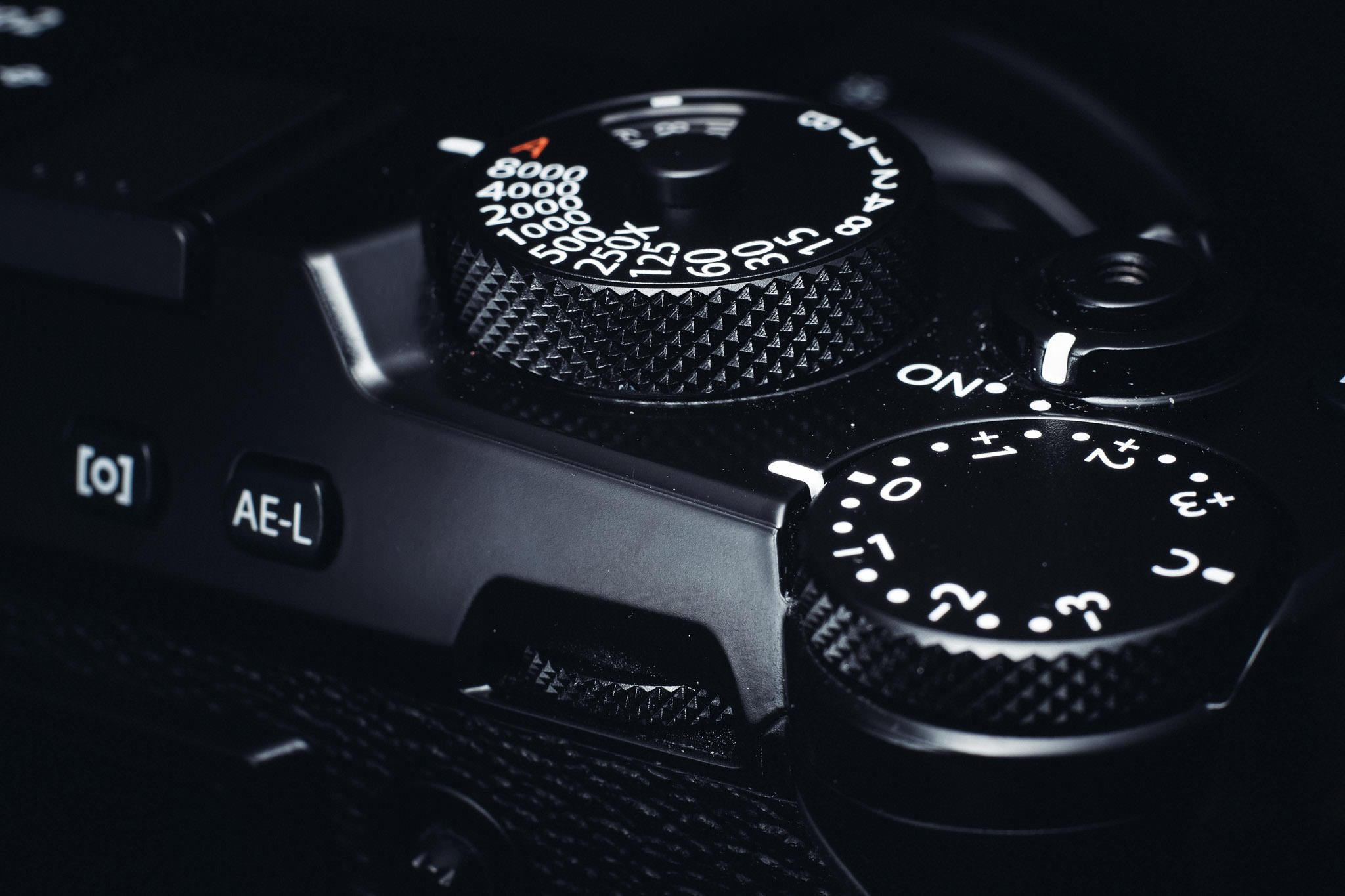 Huge improvement in the menu department

Software design has never really been Fuji’s strong point. But they’ve made the X-Pro2’s menusystem a gazillion times better and way more intuitive by using icons.

You can also design your own menu, aptly called “my menu”. It’s only active if you’ve put something in it, and if you have, you will always enter that menu first, when you press the menu button.

A hint: If you want to explore the buttons on a Fujifilm camera, hold them down until something happens. There is a lot of hidden shortcuts on these cameras. 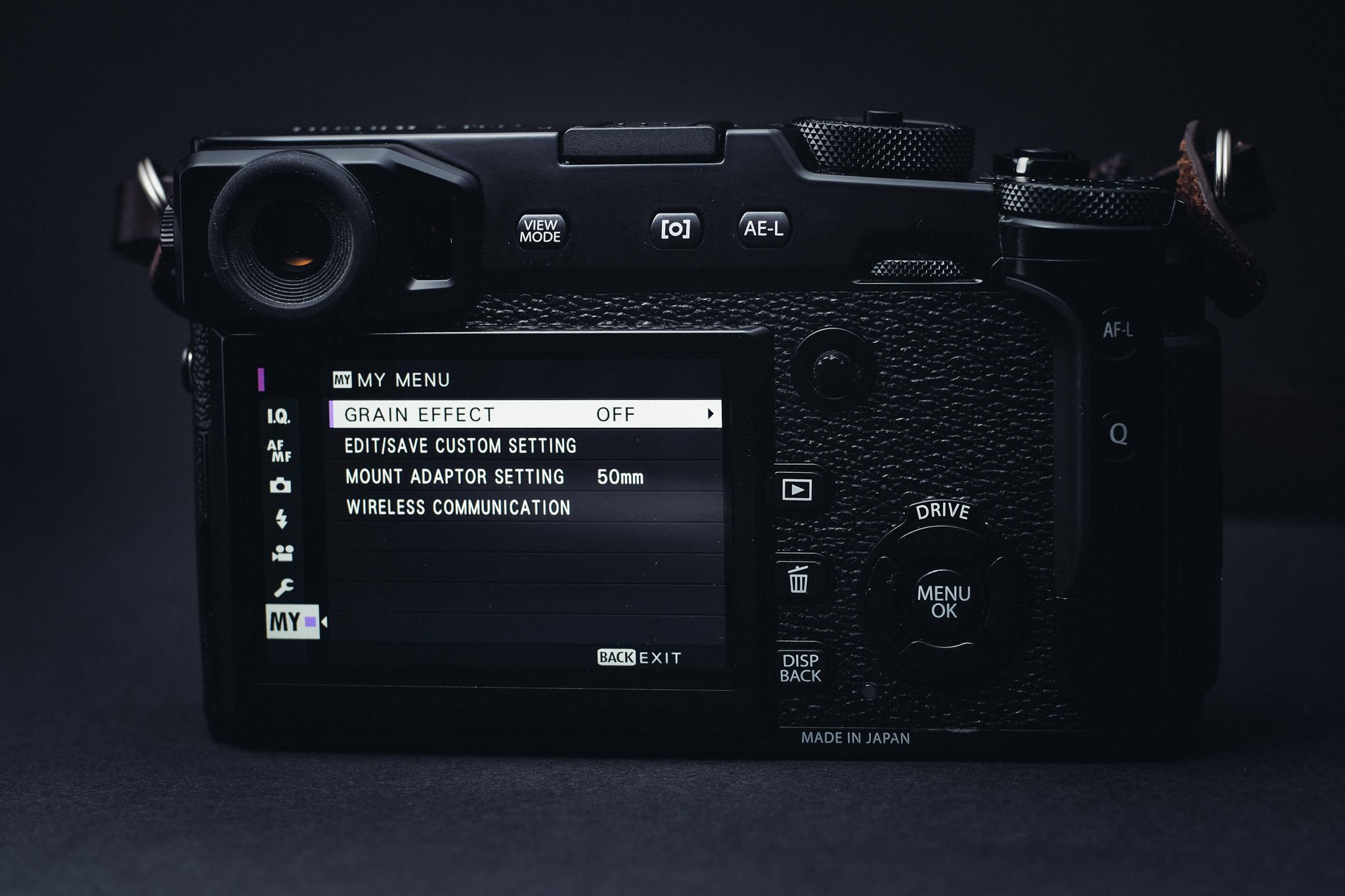 A little praise for the X-Pro2 and Fujifilm

I know that there’s a big chance of you, dear reader, suspecting me of being biased. I am an X Photographer, but I’m not in any way paid for my opinions. I chose to use Fuji’s X cameras in 2011 and haven’t looked back since. I’ve connected to these cameras for many reasons.

So are many other cameras. But the size are combined with old school intuitive and tactile knobs and wheels and very impressive overall picture quality.

People ask about you camera and become interested. That gives you a lot of opportunities as a photographer. It looks great – if you like the retro looks – and if your camera looks great it commits you not to suck and to live up to the aesthetics of the camera.

They are silent and stealthy

Fujis doesn’t make a lot of noise. When I get a new camera, the first thing i do is set it to dead silent. The focal plane shutter system in the X-Pro2 is very quiet but sounds fantastic. Kind of suppressed, but with a nice chunk. It is beyond me, why Fuji has put in an electronic shutter sound, for when you are using the electronic shutter. It sound like you are stepping on an egg or a tiny nut. If I use the electronic shutter, it is because it has no sound or if I need a superfast shutter.

I’ve heard many stories, where the Fuji guy got to take all the great pics on a film set, because the other guy with the big ass DSLR, just made too much noise.

Unobtrusiveness is the key

Fuji have made analog film for years and they know a thing or two about colours and image quality. JPG’s directly out of the camera don’t need much work if any. That’s why I like it for product shoots. I really dislike doing postwork on 1.000 pictures of boring items. Using the JPG’s from my Fuji – I don’t have to. 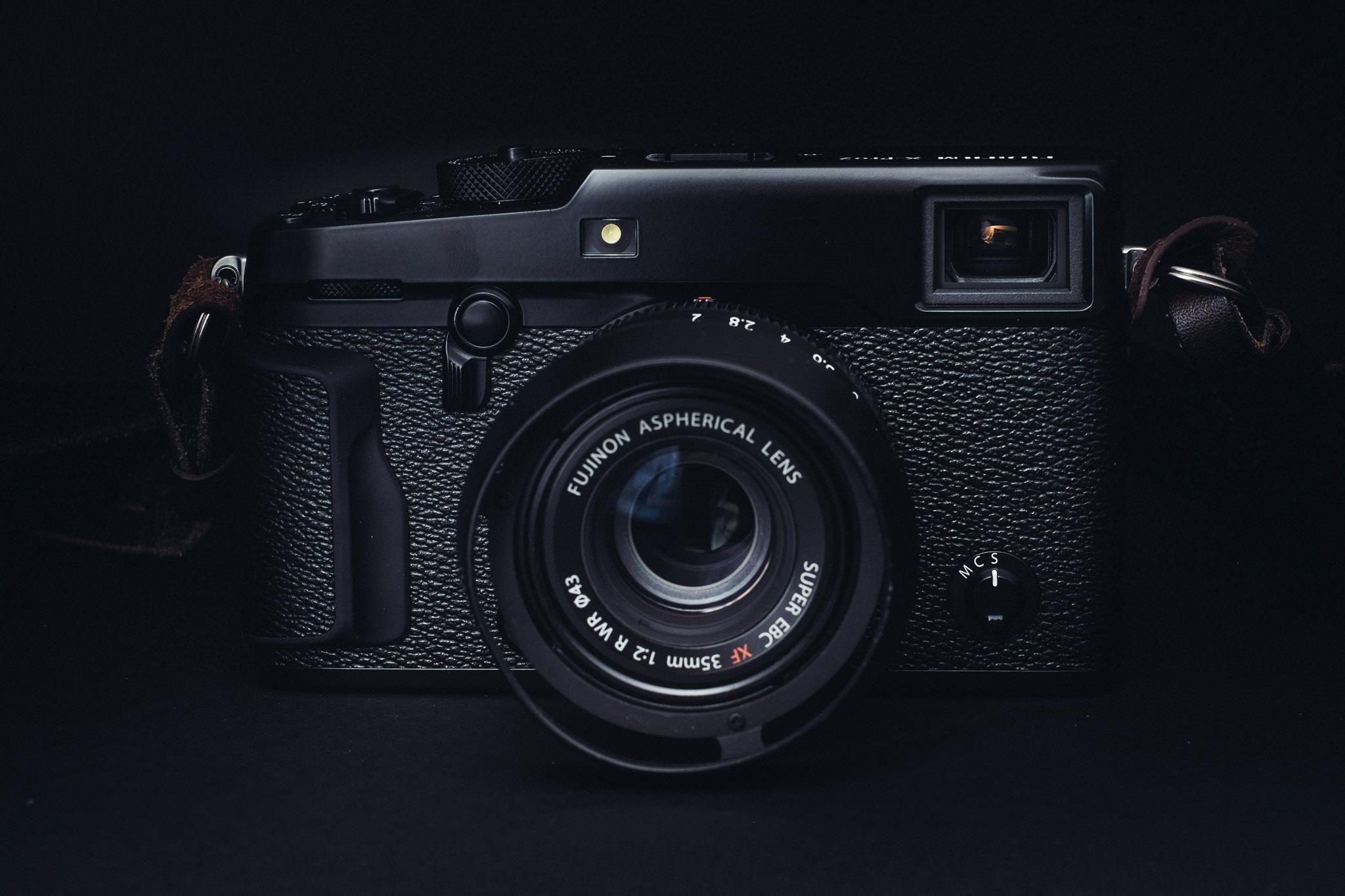 Fujifilm are masters of glass. They’ve among others produced lenses for Hasselblad and Zeiss and have a long tradition with broadcast lenses that costs as much as a house. These guys know how to make great glass.

If you’ve ever shot with what Fuji calls a “Kit lens” the XF18 – 55 zoom lens with OIS. You know what I’m on about. That is one very high quality zoom and surpasses any other “kit lens” I’ve ever tried, by far.

I like old analog vintage lenses and uses them quite a bit. These pictures are shot with the X-T1 and a Voigtlander Nokton 50mm F/1.5. I love that lens.

But if you need a modern autofocus glass, Fuji makes some of the best and for a price many times lower, than what you can compare them to.

I know I sound like a fan boy, and I might be. I have a tendency to really like tools that does the job, and also are very pleasing to work with.

I hope you can forgive me for my enthusiasm.

The Fujifilm X-Pro2 is simply put, one hell of a beautiful performer. 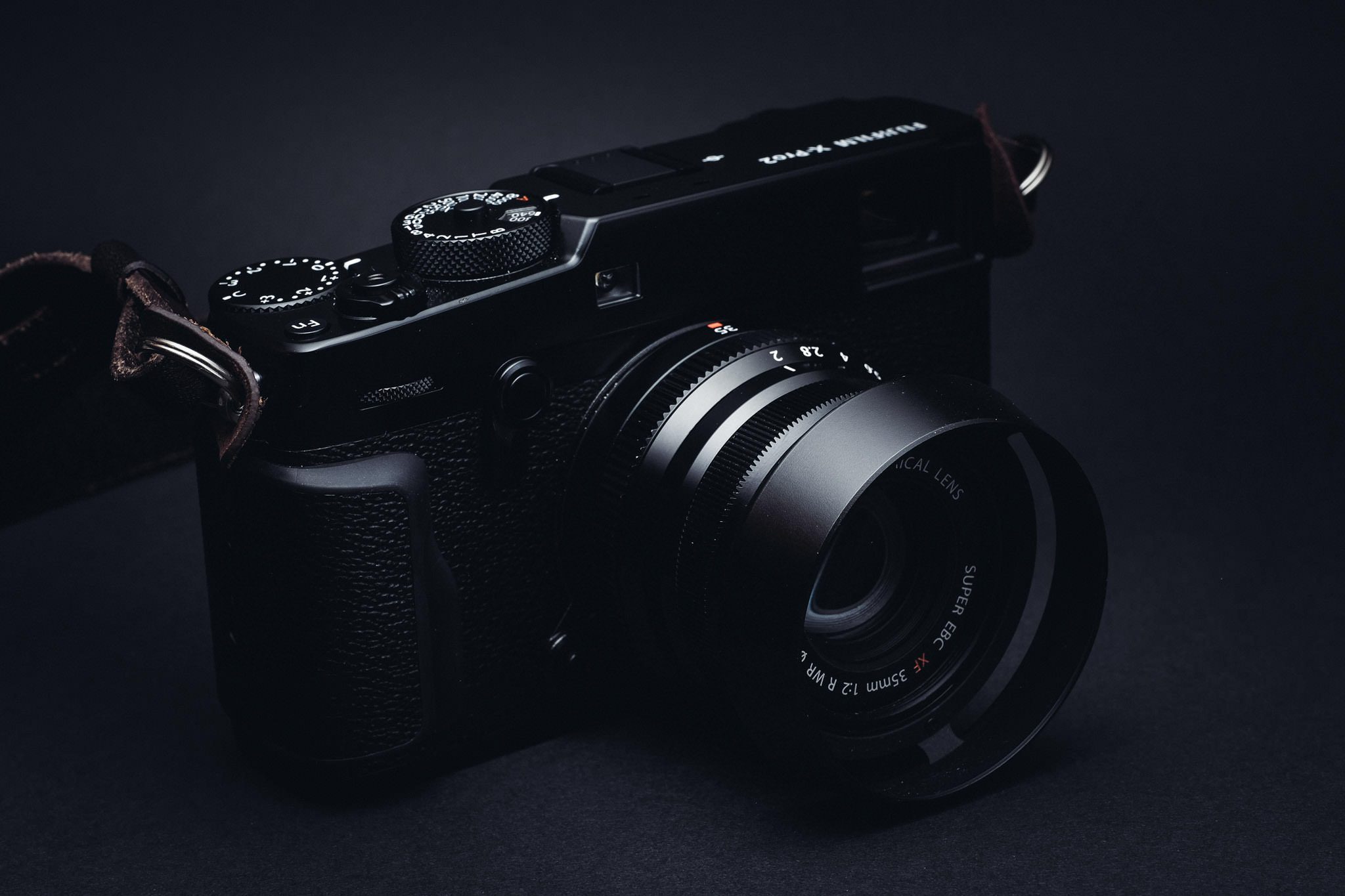