SOOC is an illusion

Among some photographers there is a certain pride in delivering pictures right out of the box – referred to as SOOC, meaning straight out of camera. But for many reasons I think the SOOC concept is quite silly and in my mind, is an illusion.
The most important thing to get right and straight out of your camera is exposure and framing.. (and shutter speed, ISO and aperture).

If you get that right, you have the best possible material to work with because you don’t have to crop your image or push your files too much in the exposure department. If you have the basics nailed, then there is less work to do afterwards.

If you on top of that, have a camera that produces very nice JPG images, that are processed with the cameras internal computer, then you have even lesser work to do. And if your camera have superior image processing and even allows you to edit your pictures in the camera, then you only need a computer to transfer the images to a printer or to post them online.

My point is that, even in analog photography, SOOC is an illusion. There is so much processing going on from choosing film or film simulation to developing, that processing your pictures is an integral part of photography. It just is!

Lets embrace that picture processing or color grading, as it is called in the world of cinema, is a natural part of photography. How should we use color grading and why?

When we experience a scene in real life, we experience it with all our senses.  As a photographer we make a choice of what to leave out of the scene by framing what the camera and lens allows us to, while the restrictions of the photographic media leaves out anything but a 2 dimensional reproduction of our experience.

As the photographer we have the power to enhance the emotions we had when we were there. If the sky was bright blue, it certainly felt more blue, than we see on the raw file from the camera. So we push the blue colours a bit to make the sky feel as we felt, when we think of the situation. If it was a positive experience, we might enhance the warm colours, the reds and oranges, even if it makes peoples skin way more tanned than they actually were. If it was a gruesome scene, we might go for harsh contrast and maybe even black and white. We use color grading to enhance the emotions we want to communicate. We make the choice of colours support the story.

Quite often you run into situations where whatever you have to shoot, is lid up by first generation LED lights, which is a nightmare. It is possible to land the colours correctly by using a custom white balance when a simple Kelvin setting won’t cut it.

But if you are a videographer and you have a camera that isn’t suited to difficult situations like that, you are basically screwed. Then you REALLY have to rely on your color correction skills.

These pictures are a before and after shoot of a dance performance, where the group was lid up by LED’s that basically made them all look purple. It was shot with a DJI Osmo. Setting the Kelvin on that device just didn’t do anything remotely to help the crappy lighting conditions. It was a worst case of Bad LED’s, horrific colors and not much light at all. It was shot at ISO 1600 at 1/50 SS and F/2.8

So, I had to dig up all the  tricks to make it work. When the footage was corrected I chose to use a LUT (Color Look Up Table), that resembles the Hollywoody teal and orange look, to bring back something that looked a bit like skin color. The end result was much better than I could’ve hoped for. 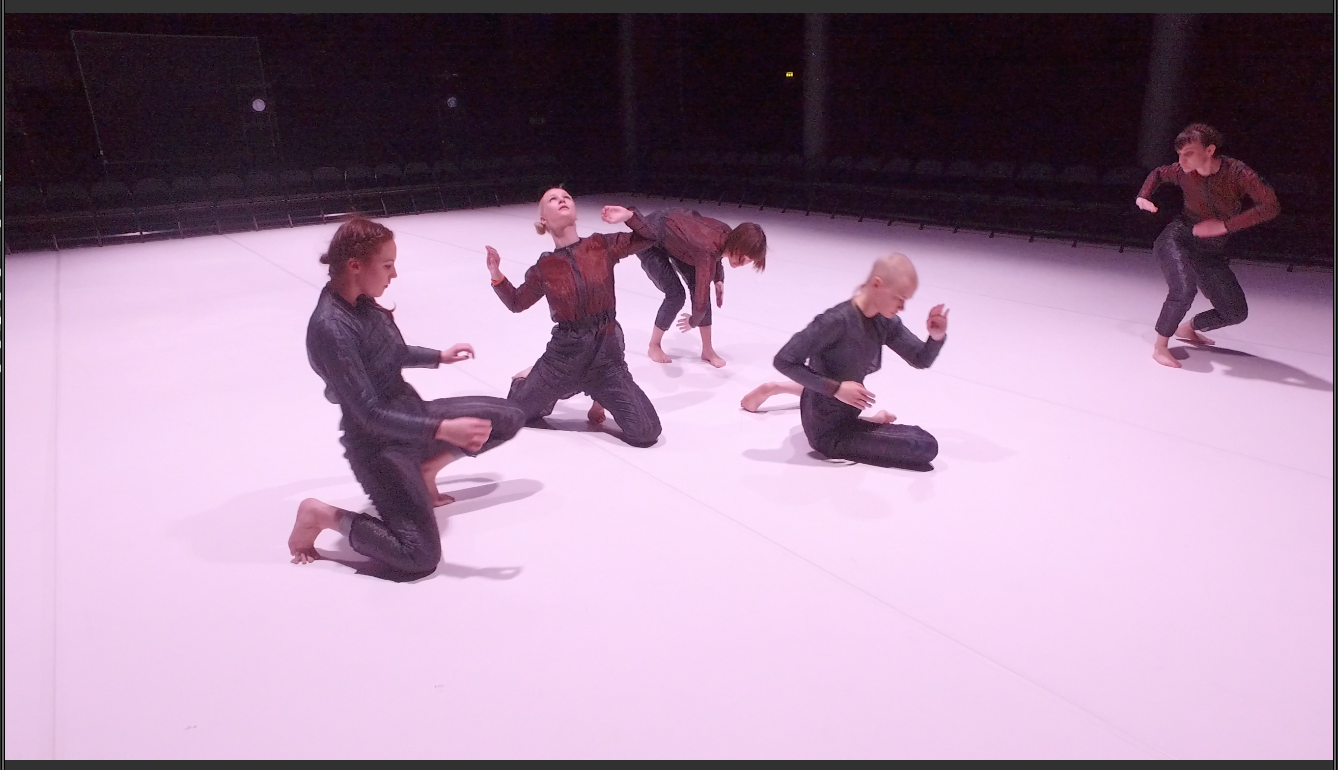 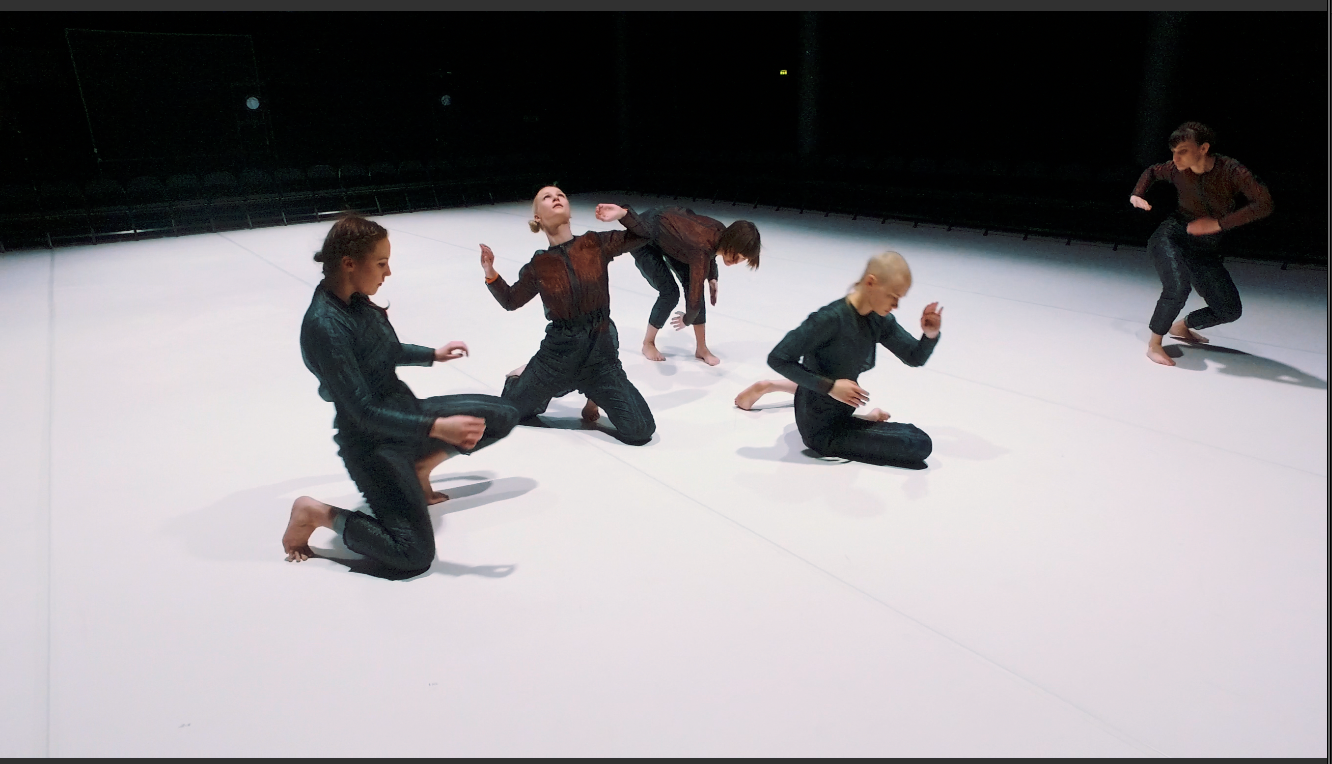 Without colour grading/correction, it would have been a lost cause…

There are different approaches to image processing. Some photographers prefer to go for a very “natural” look, which means that the picture have to look as non processed as possible. The thing I’ve noticed about that, is that “natural” means with a dynamic range that their camera sees, not what the human eye sees.  So those pictures, that you often see in the sports section of magazines are quite contrasty. The colours are vivid but the darks are way darker than the human eye and brain perceives the image in real life.

The Black and Whites

Choosing black and white is a huge “processing” choice. Not only have we left out anything but a crop framed, 2 dimensional, frozen in time moment. We’ve also chosen to leave out colour. We’ve left out anything that we didn’t want to interfere with our intention with the image.

Embracing toy camera faults, faded colors, light streaks and anything “wrong” with photography, you get the very popular look of the internet today. I think that people likes it, because even the most boring picture will get an injection of visual pleasure, when you add a lot of color effects to it. And why not? If it makes you stare at the picture, it has done its job well.

Used subtly it can enhance landscapes and city skylines greatly, but it is very easily overdone, where the colours ends up looking like coloured LED lights way too saturated and the image becomes flat, because there are no shadows left to shape the objects in the picture.

Often seen in advertising and american football. It’s a certain almost cartoonish style. As any look it can be very effective but also very easily overdone.

This is quite a broad term. Cinematic look is mostly a ratio thing. Super wide pictures fit for the Cinema screen have muscled its way into many websites as banners and background images.

But it is also a colour thing, where colours are manipulated to be a big part of the story. If you’ve seen the film: “The Secret Life of Walter Mitty”, you might have noticed that the colours of the different scenes, directly relates to the lead characters state of mind. When he is in his “dull” working life, the colours and the scenes are quite cold. Mostly cold blue with the shadows tinted towards green. But as his character develops, so does the grading. The colours change and become more vivid and warm to support the story.

There are so many incredible skilled photographers whose pictures are outstanding. But in my mind there’s a couple of bad habits that I wish publishers and photographers would change.

Skin retouch… There are too many pictures of women and men, with skin that looks like plastic. Skin texture varies and the skin over the eyes are not the same texture as on the chin or on the forehead. In a lot of model shots, the skin texture are the same all over, which makes the model look like an alien.

I have nothing against skin retouching. If the model has a mole, you might not want the viewer to stare at that mole, so you might tone it down a bit or completely remove it. But making skin into a single textured entity, looks really weird.

Then there’s the whole body thing, were the model are being made thinner in photoshop. I wish nobody would do that. Learn to pose your model, and you can do a lot that way. Your model might even learn to embrace themselves and their body. But this is another matter and doesn’t really have anything to do with colours.

Inspired by my own post… (it actually happens) I’ll post a series of heavier graded images, starting with one. Bookmark this page and follow this space for more images to come. 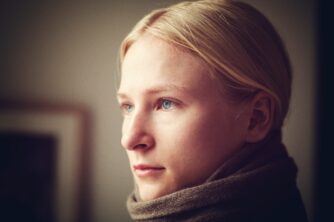 Natural Light – Fujifilm X-Pro2, Graded in photoshop and Nik Color FX and a bunch of other stuff as well 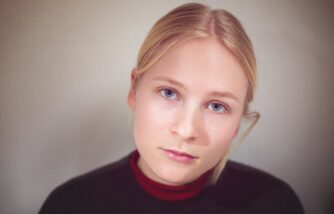 Emulating Analog film from the 60’s 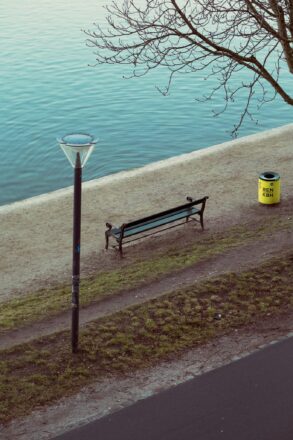 A mix between Teal and Orange and Hipstamatic 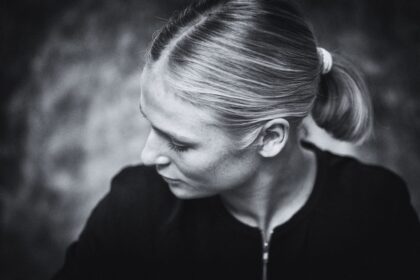 Black and White with a tint

Black and White without a tint

Faded but with contrast 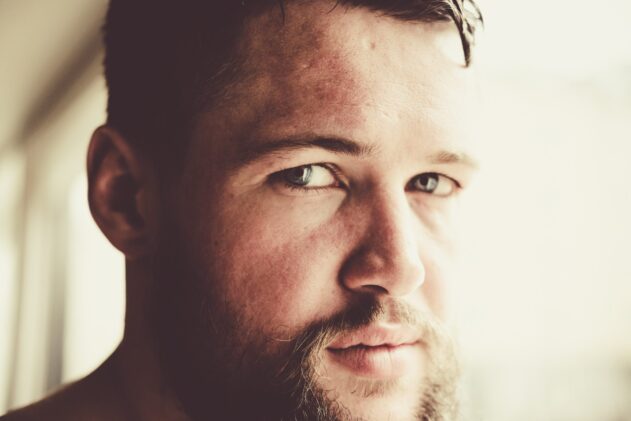