Why full frame and crop frame will never be the same thing.

Depth of field are the same on any camera no matter its sensor size… almost.

Many have the belief that larger sensors also have a shallower depth of field. But that isn’t true. Actually the opposite is true. If you put a 50mm lens with an aperture of F/2 on a MFT, APSC, Full Frame and Medium Format camera, take a picture from the exact same distance. The D.O.F. (depth of field) will be almost exactly the same.

But because of the smaller pixels on the small sensor, the circle of confusion will be smaller, and therefore the D.O.F. will be slightly narrower. But this is not what makes the big difference between shooting crop and full frame.

What affects the D.O.F.?

The short answer is distance. The closer you focus, the narrower the D.O.F. The further you are from your  focusing point, the deeper the depth of field. 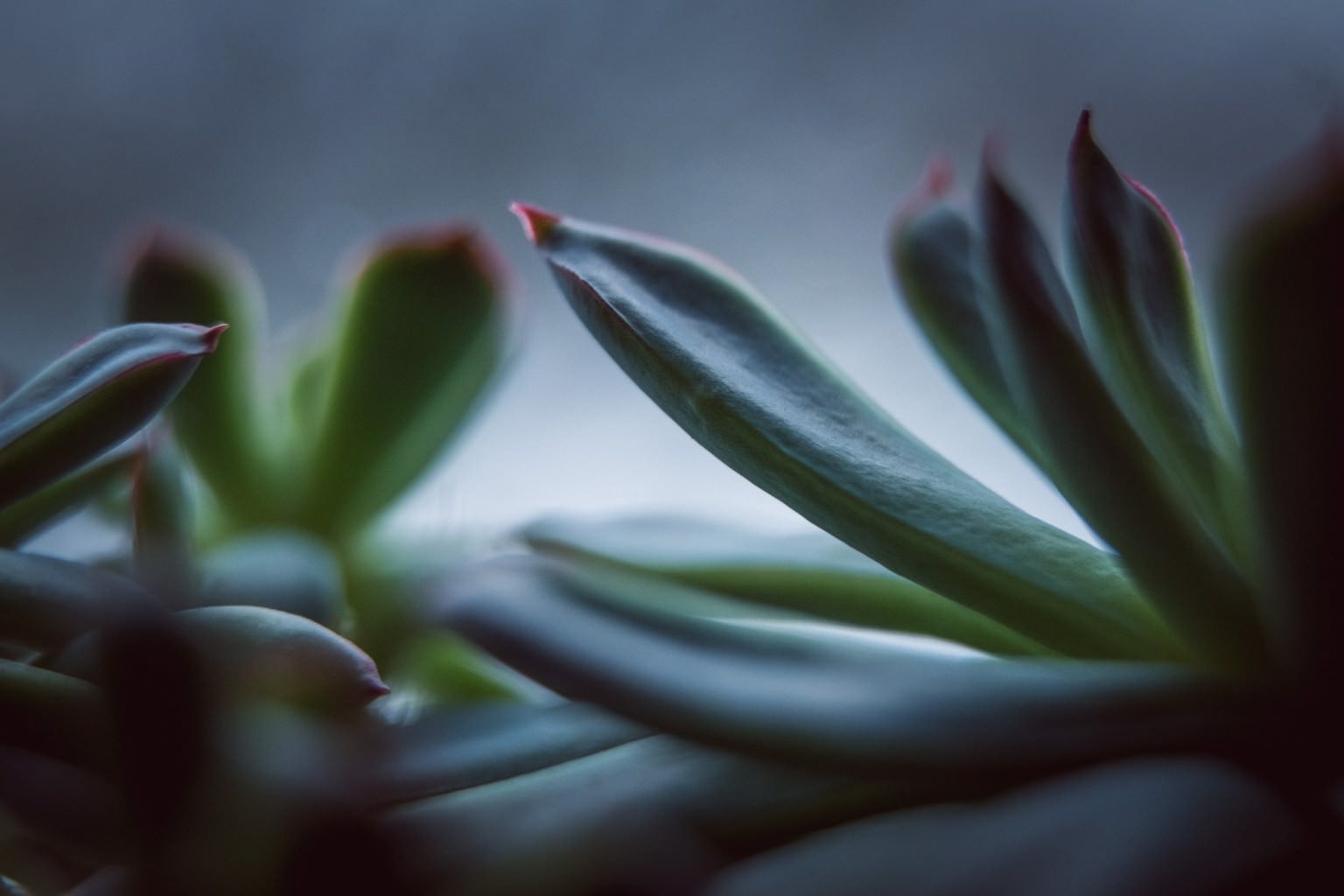 You might have tried to shoot macro, and even on F/8 or F/11 the depth of field are so narrow that you have to stack more pictures into one, if you want the whole subject sharp.

If you’ve tried to shoot landscapes and focuses say 5 meters away from you with an F/2.8, everything from about 3 meters and further away, are perfectly sharp. 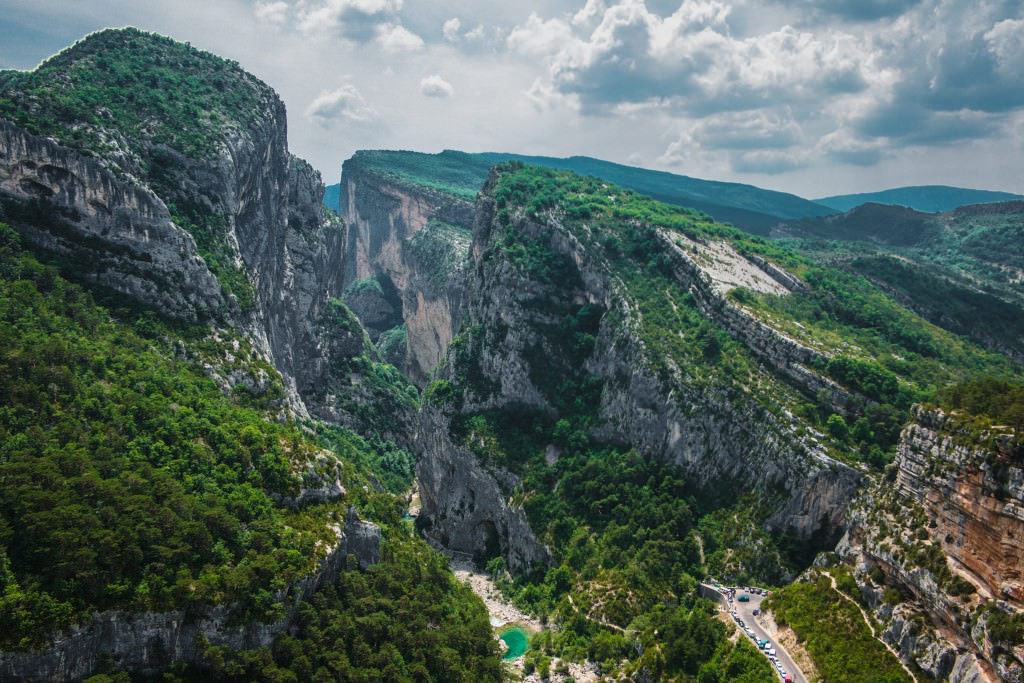 So if you have a “cheap” kit lens with an F stop above 4 and envy those who have those expensive wide open lenses that goes down to F/1.0. Get closer to your subject, and you will experience the same shallow depth of field. Only thing you will miss, is more light.

There are more ways than one, to alter your D.O.F.

You can move closer by moving your feet and moving in on the subject you want to focus on. You can attach a tele lens which will count as moving closer or you can zoom in, if you have a zoom lens. The closer you get, the longer the zoom, the longer the tele, the narrower the D.O.F. if you use the same F stop value.

If you decrease your F/stop value, the narrower the D.O.F.

The lowest F/stop value is the largest opening through the lens. allowing maximum light to pass on to the sensor. 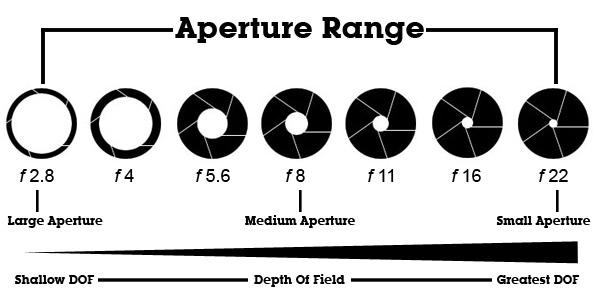 The tricky part is when you try to compensate for the framing, by moving further away with the small sensor camera. Then the optical principles are no longer the same and shooting the same scene, framing the same, with different sensor sizes, will be different experiences. And your pictures will not look the same as with the full frame or medium format camera. 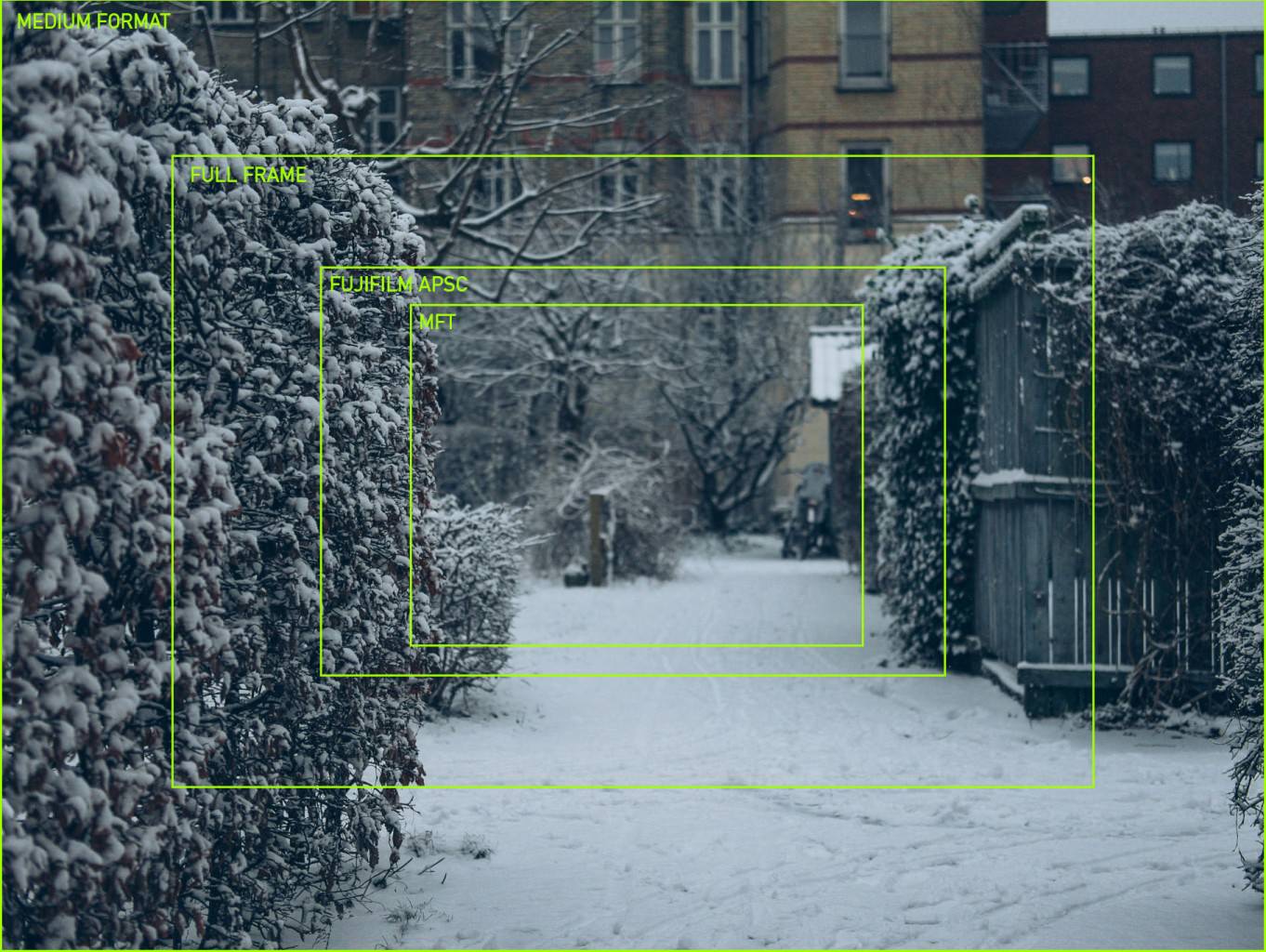 What everyone seems to have forgotten, is the optical compression.

If you want a picture of the moon next to some very large buildings, and want that moon to look very big. You have to make that moon look relatively large in comparison to the buildings. Therefore you will have to physically move away from the buildings, until the buildings look relatively small in comparison to the moon. The moon is so far away, that it will seem the same size to your eye, no matter how far away you are from it (if you are still on this earth). But the buildings that are much closer to you, will quickly appear smaller, the further you move away from them.

When the Moon look large enough in comparison to the buildings, you lift the camera up to your eye, and then you have to do one more thing. You have to mount the longest tele you have, to properly frame the picture. If you use a wide angle lens, the scene with the buildings and the relatively large moon, will seem equally small. But if you zoom in close from the distance, you will get that epic shot of a super moon, that are so large that it dwarfs the buildings. 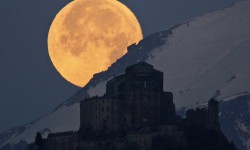 If you move in close, and shoot the same thing with a wide angle lens, the buildings will appear much larger in comparison to the moon. And that was not what we were looking for at all.

So we’ve established that a long tele, will be able to compress the background, so it looks comparably larger to the foreground, than it would using a wide angle lens. If we frame the same portion of the scene.

Lets say that we did the above exercise with a medium format camera, but now stand in the same spot with an APSC size camera. Now the only difference is, that we will see almost 4 times less in the frame, as if we were looking out of a smaller window. The compression is the same, the relation between the size of the moon and the buildings are the same, but it takes up much more space in the frame. So what do we do? If we move away, the relation between the moon and buildings will change again, but we will be able to fit the same scene as the medium format camera and because we move away again, the buildings will now appear even smaller in comparison to the moon than before. It will make the moon look larger.

We tend to frame the same

If we translate the above exercise to shooting portraits, most photographers tend to frame portraits more or less the same. Using an 85mm lens at F/2 on a full frame is pretty standard for portraits. On an APSC you’d probably use a 5omm lens for the same thing. (Fuji’s 56mm is a good choice) and on a MFT camera you’d use a 42mm for the same sort of framing.

To frame the picture the same, all three cameras would require approximately the same distance. But because of the different focal length, you’d have to compensate to get the same depth of field. You’d do that by using a lower F – stop number. Lets hope that you have one of the great Voigtländer F/0.95 lenses on the MFT camera, else you won’t be able to get the same narrow “only eyes sharp” depth of field. If the full frame guy steps down to 1.4, you are toast on the other sensor sizes.

The medium format guy, wouldn’t care much about it. He’d probably use a 120mm lens, and get the greatest narrow depth of field and softest sharpness to bokeh fall off, using F/4  close to where any lens performs the absolute best.

But now take a look at the background

If you inspect the pictures from the above exercise, you will notice that the background is different. The longer focal length compresses the background more and gets less of it in the frame than the APSC and the MFT. It’s the moon thing – the more tele, the closer the background appears. A tele lens will also distort the subject less than a wide angle lens, no matter what it is attached to.

A 50mm on a medium format and on a MFT sensor camera, will always perform as a 50mm lens. Only difference is how much of the scene you can fit inside the frame.

With the medium format camera, you can get close with a tele, and see more of the scene, while your background appears closer and more blurred out, without you having to take the picture from a mile away, with a tele lens.

Being physically closer to your subject also means that the light photons reflected from the skin of your subject will have to travel a lesser distance through the atmosphere. The further the physical distance to your subject, the more stuff will be in between the sensor and what you are photographing. Heatwaves, dust particles, moist, haze and so on, which in some way or the other will affect the light reflected from your subject to your lens. In real life, there won’t be much of a difference, if you are in a studio. But if you are outside and half a mile away with a 600mm lens, there will be quite a difference from being closer with a 50mm lens.

Getting closer means you get less hazy shots, richer colours, brighter pictures, better sharpness and detail, more nuances and so forth. You get more photons to reach your sensor cleanly without being disturbed and diffracted by the atmosphere and the lens itself.

If you combine that with a really good and large sensor, with a great lens, set at the best setting for the least amount of diffraction at around F/4 to F/5.6, in a well lit environment, then everything is perfect.

Embrace what you have and use it

Digital photography has come to a level of quality that is quite incredible. Yes analog film is charming and such, but is no way close to the image quality of modern day sensors.

Analog film prints well but cannot compete against digital sensors, when watched full size on a screen. When we start to down scale and put our pictures on Instagram with its minuscule picture size, anything goes. It is hard to spot the difference between iPhone pics and those taken on a large sensor. But if we need to use our pictures professionally and when we set high demands for how we want the pics to end up, then we need a tool that fits the job.

Shooting with different sensor sizes is a different experience, that is just the way it is. When taking everything into account, it makes no sense to try to mimic anything but what you have in your hand. It only makes sense to capture great pictures.

Stick with what you’ve got and use it to the best of your ability. It is all about passion and having fun.

But then again – if Fujifilm makes a medium format camera, I will lust for it and maybe sell a kidney to get my hands on it.